After a long, dark, wet winter, it felt like Spring was upon us this weekend. The sun shone all of Sunday, 13th March, and now the ghastly 1960s pebble-dashed garage has been taken down, our garden gets a good deal of light. It was a shame that Sunday afternoon was taken up with an Airedale Symphony Orchestra rehearsal, but Claire managed to spend much of the morning in the garden. 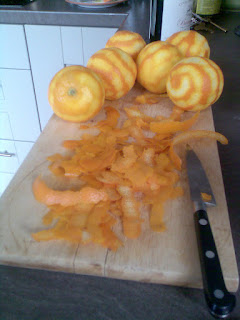 I spent the entirety of Desert Island Discs thinly peeling 12 oranges and not doing a particularly good job of avoiding the pith - so I predict a bitter aftertaste to this wine. I covered the peel with two pints of boiling water and let this sit around until Monday morning. 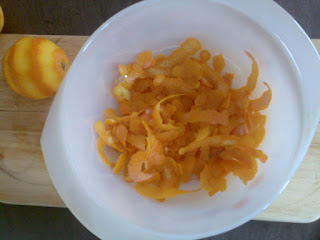 This year the oranges were selling at seven for a pound and appear to be good quality. On Sunday evening I squeezed all 24 of them, changing hands every two and taking a slight break every four - mostly to feed the cats, who continue to insist that they want something to eat. This produced nearly four pints of orange juice and bits, and all of this went into the bucket. 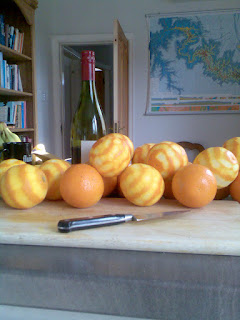 On the basis that 2015's batch of orange is so good, I followed the quantities for that vintage, so I put in 5½ pounds of sugar and 9 pints of cold water. It being cold water, I added the yeast immediately along with a teaspoon each of nutrient and pectolase. 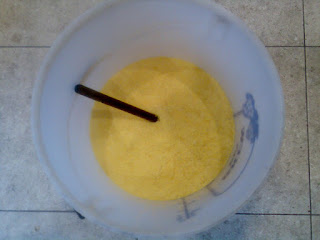 On Monday morning, before leaving for work, I added the water that had been covering the orange peel and threw the peel away. 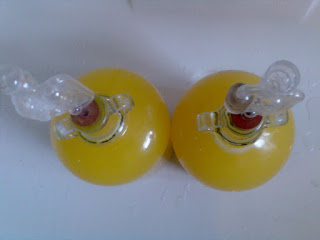 I left all this in its bucket until Friday night, 18th March, when I put the wine into its two demijohns. This was a quicker job than many wines, made all the duller by Any Questions on Radio 4. Still, just as I was finishing, the news came in that Ian Duncan Smith has resigned and his cuts of £30 per week to those on Disability Living Allowance have been reversed (or, at least, delayed). This is genuinely heartwarming.
If you want to see how this wine turned out, click here
Posted by Ben Hardy at 11:48