I have picked my elderberries in stages this year. The first lot were picked in Hookstone Forest near Harrogate on a sunny Sunday afternoon while Claire was at a wool festival. After some searching, I found a tree laden with fruit and picked well over a pound in about 15 minutes.

The next lot were picked on the verge of a track leading to the Yorkshire Arboretum. We were there to choose a tree for Julia in commemoration of a life lived well. I guessed, correctly, that there would be no elders in the Arboretum, on account of their prolific thuggishness, but was keen to involve Julia in this wine. There was only one suitable elder even leading up to it. While I was picking berries a Castle Howard gardener came through a gate and told me I needed the land-owner's permission for foraging. We then had a conversation about elder trees in general and elderberry wine in particular, and he allowed me to continue with barely a harumph.

My final set of elderberries came from trees close to home, mostly on the way to Meanwood. Stonegate Fields had too few, and I suspect this is my fault for over-picking elderflowers, but I found some good trees near Potternewton Lane. 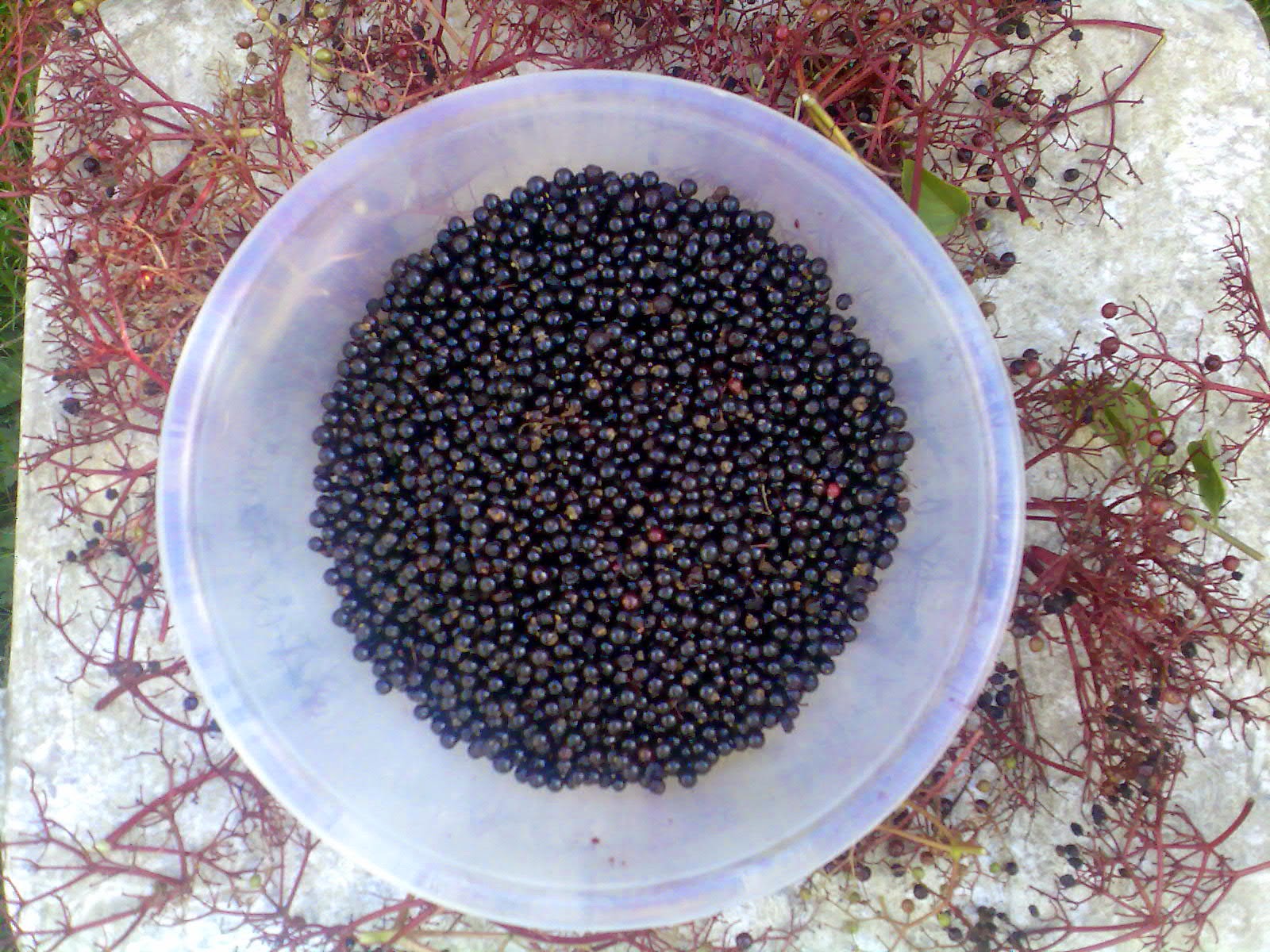 With all my picking I ended up with 5 lbs 14 oz berries, and I judged this to be enough. Stripping them was made bearable by Radio 4 and the Dum Tee Dum podcast, and I eventually removed the juices staining my hands. (NB - If you click the link, and fast forward to 43:46, you will hear me ring in, and then a huge discussion of home-made wine. It is officially very funny. And then I appear right at the end at 57:00 - ish)

I crushed the berries on Sunday afternoon, 14th September, in a two hour slot I had after playing a trio with Madeleine in St Edmund's Church and before going to Ros's for a roast. In this time I also made a chilli, washed up and bottled my lemon & lime wine, which was some going. I added 5 lbs sugar and 12 pints of boiling water to the crushed elderberries. On Monday morning I put in the yeast and a teaspoon each of nutrient and pectolase.

I didn't have an opportunity until Saturday morning, 20th September, to put this into its demijohns. It was an early morning job: I sieved out the elderberries, filling two demijohns while listening to the Today programme, which was dominated by discussions of Scotland's 'No to Devolution' vote. I think I'm pleased with the decision, but I fear the political games that David Cameron will now play. Anyway, the elderberry wine is in its demijohns, bubbling away, and as ever is pleasingly purple.