I like Kiwi Fruit Wine. I am not convinced that other people do.

Two bottles were opened tonight - this and Elderberry, and everyone was very positive about the latter. Mostly they were polite about the Kiwi. No-one except me thought that the kiwi taste was apparent. Jane said that it had similarities to a flat Cava, which was meant well.

It is Rydal week and we have reached the halfway point. Today has had more of the Cesar Franck Symphony than is ideal - it having appeared at both rehearsals. But there have also been two satisfying games of croquet and bread & butter pudding - so it isn't all bad. 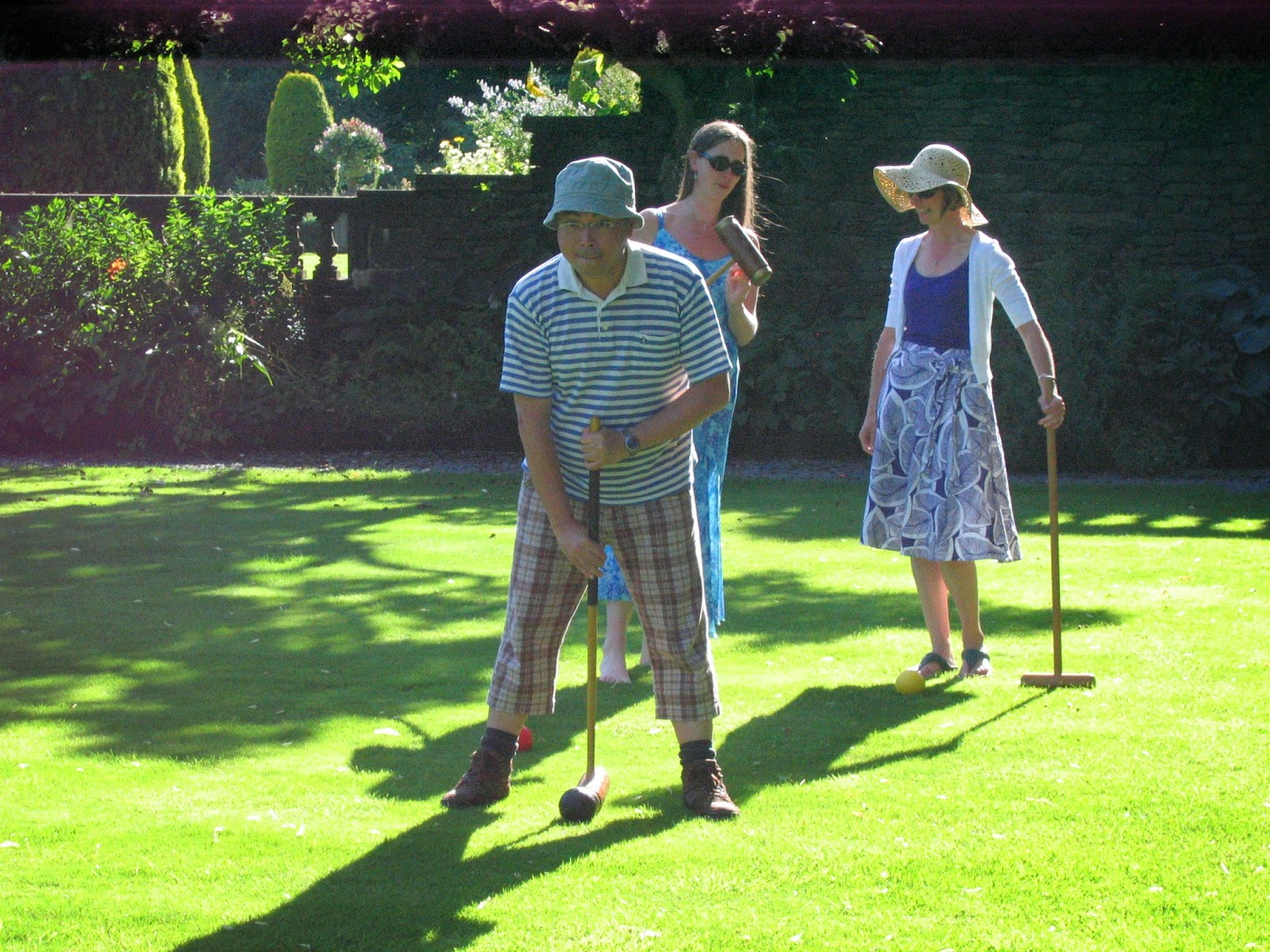