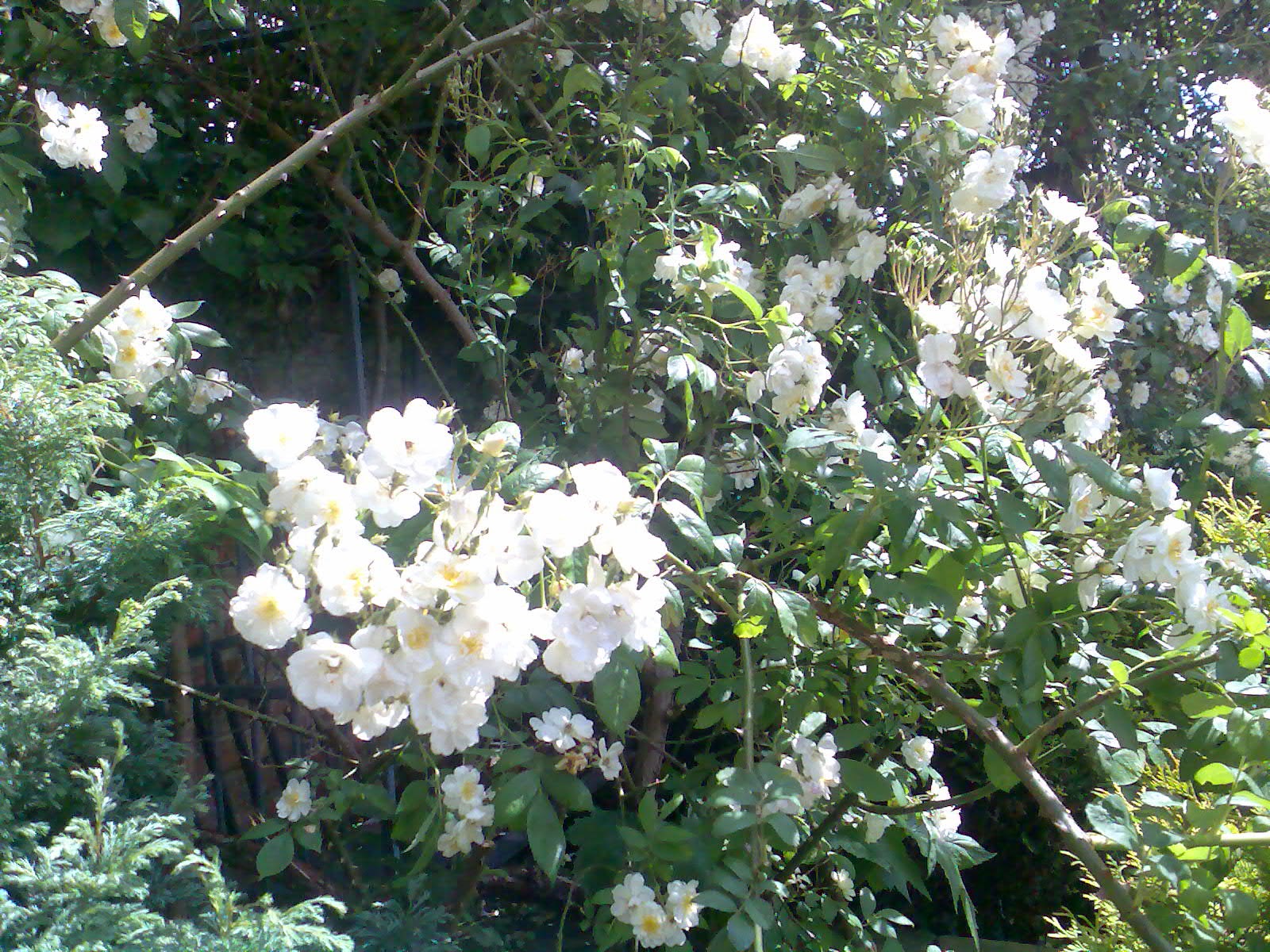 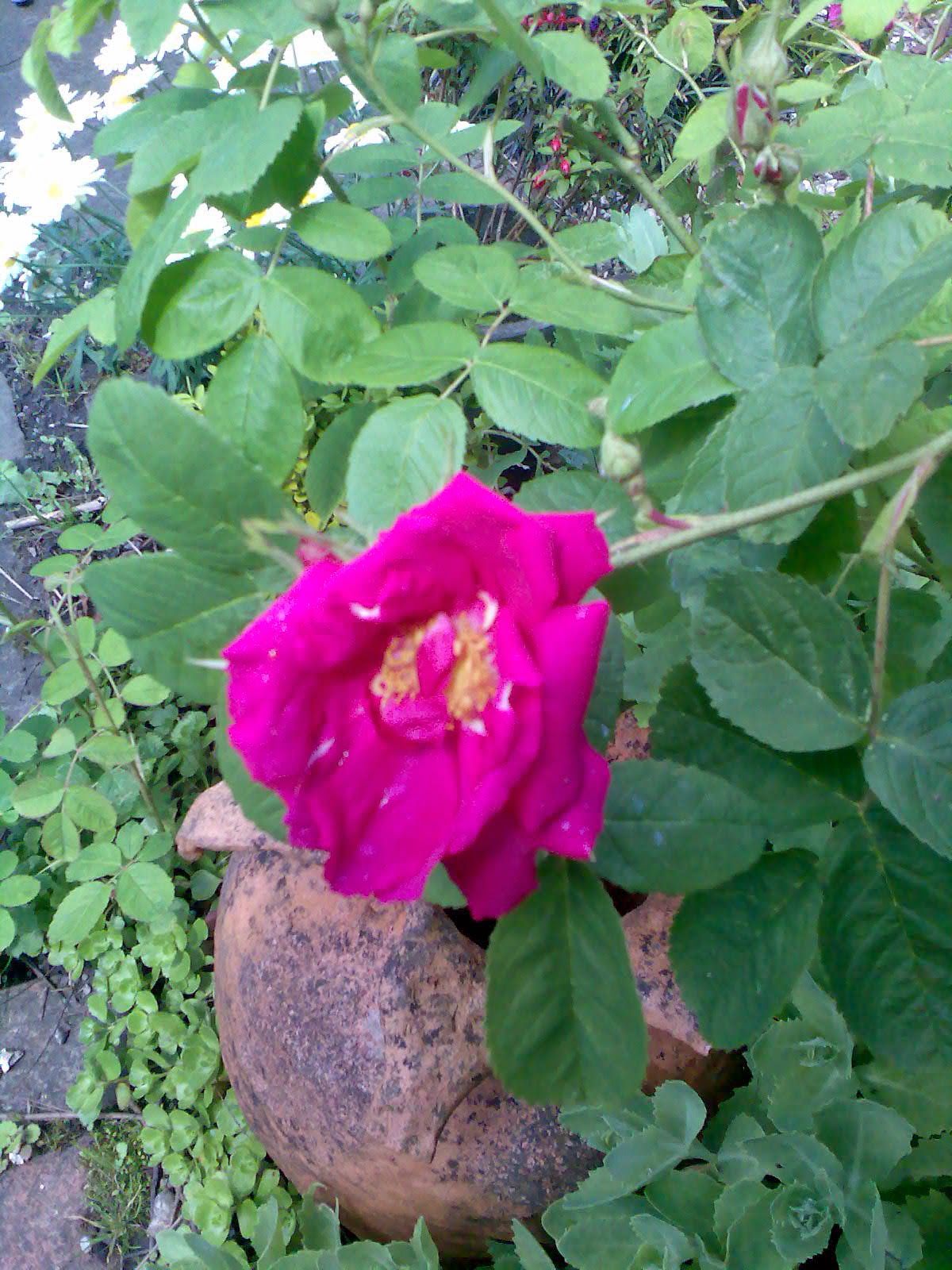 Following the success of Rose Petal 2013, this flavour has been promoted to 'double batch regular'. Therefore both I and my parents have been collecting rose petals from our respective gardens. Much to Claire's shame, I have also taken petals from strangers' gardens too. Actually it was only one; when going round the North Yorkshire Open Studios, an artist's husband was tending a rose bush which had pink flowers and a glorious smell. I asked and he was only too happy to help - so we have some of Kim Coley's roses in the mix. 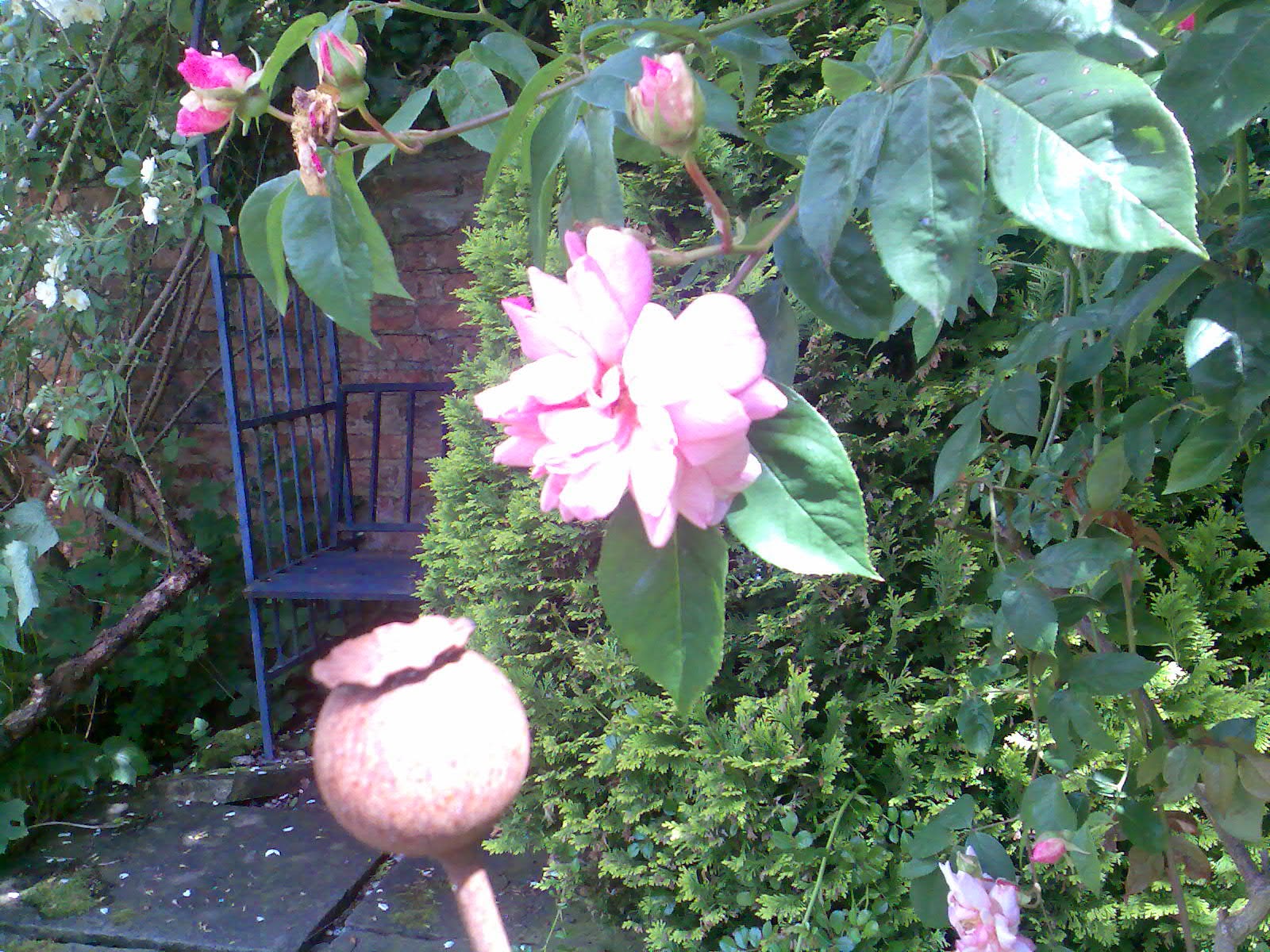 On Friday night Rachael and Myles were in York (Paul is off climbing Ben Nevis) so I took the opportunity to collect a large bag of frozen petals. It was a lovely evening - Myles is steadier on his feet and has learnt the art of conversation. No vocabulary, of course, but he babbles in the pattern of speech and I found it difficult not to laugh. 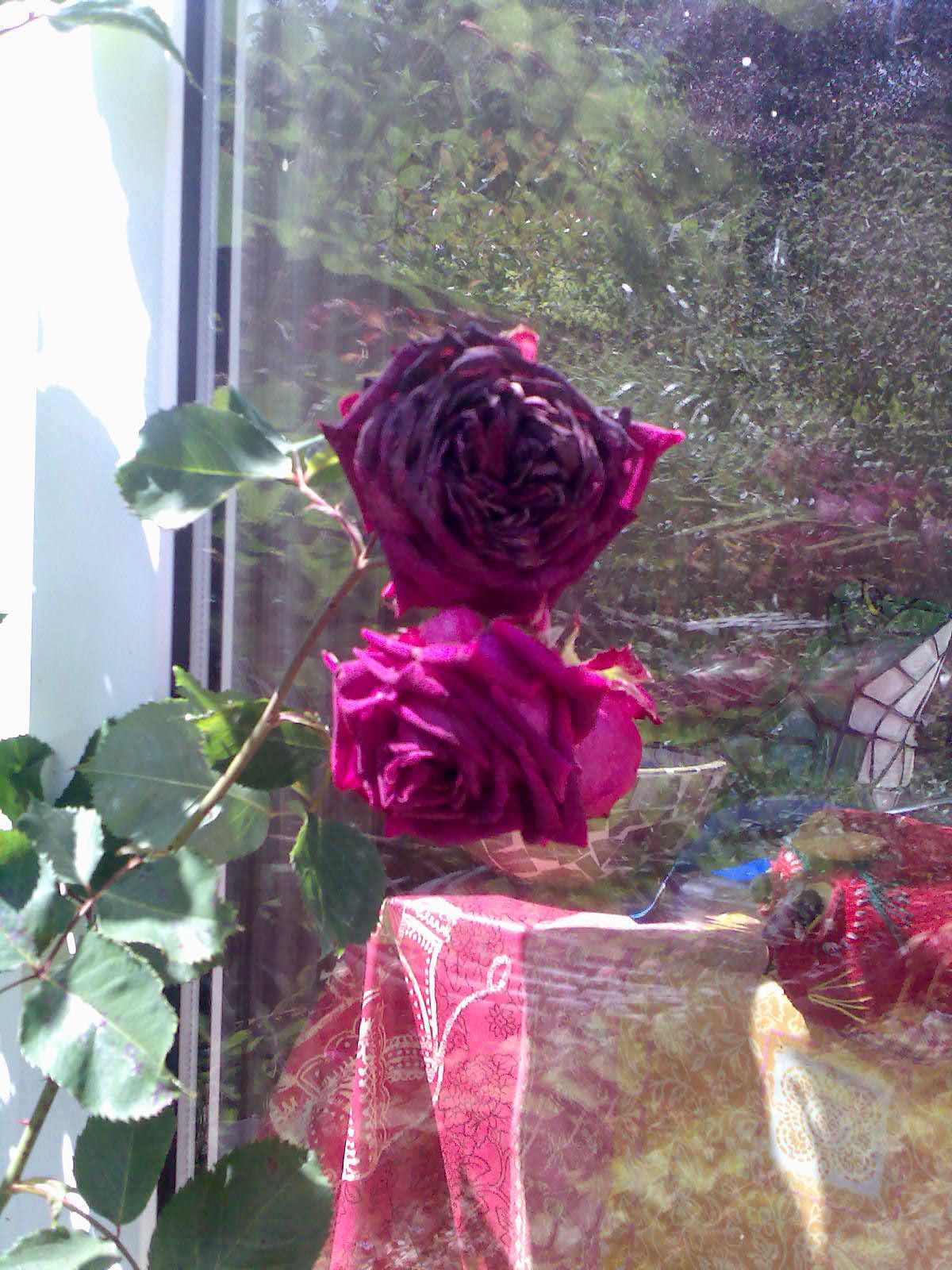 I started the wine on Sunday morning, 29th June, whilst listening to Broadcasting House. It has 8 pints of rose petals - a variety of pinks, whites and darkest reds - two oranges, 5 lbs 4 oz sugar, 11½ pints of boiling water and two litres of juice. Both litres should have been white grape, but only one was. The other was 'white grape and peach juice drink' as Aldis had run out of the former. 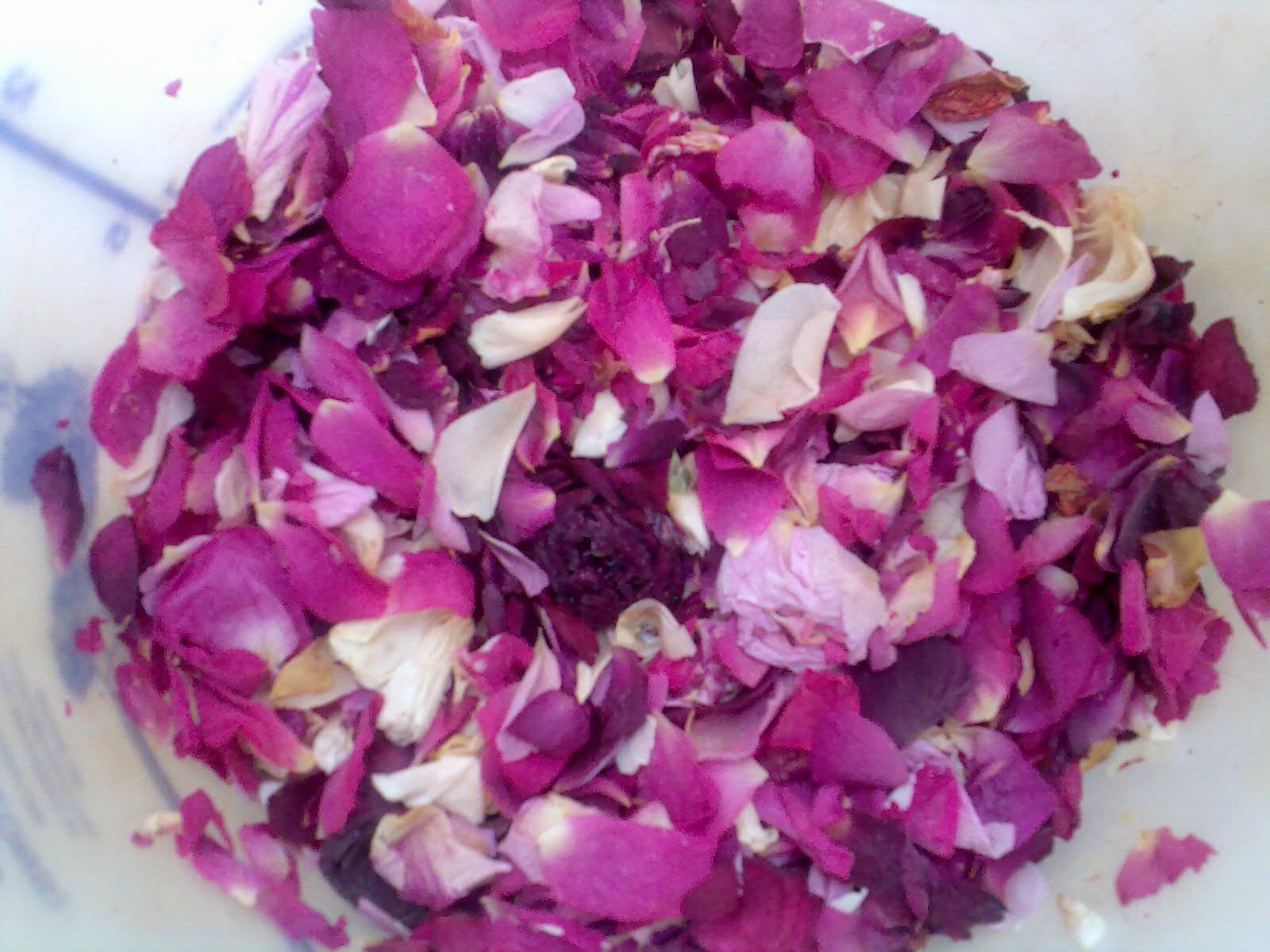 When I poured the water over the flowers the house was filled with an exquisite fragrance. 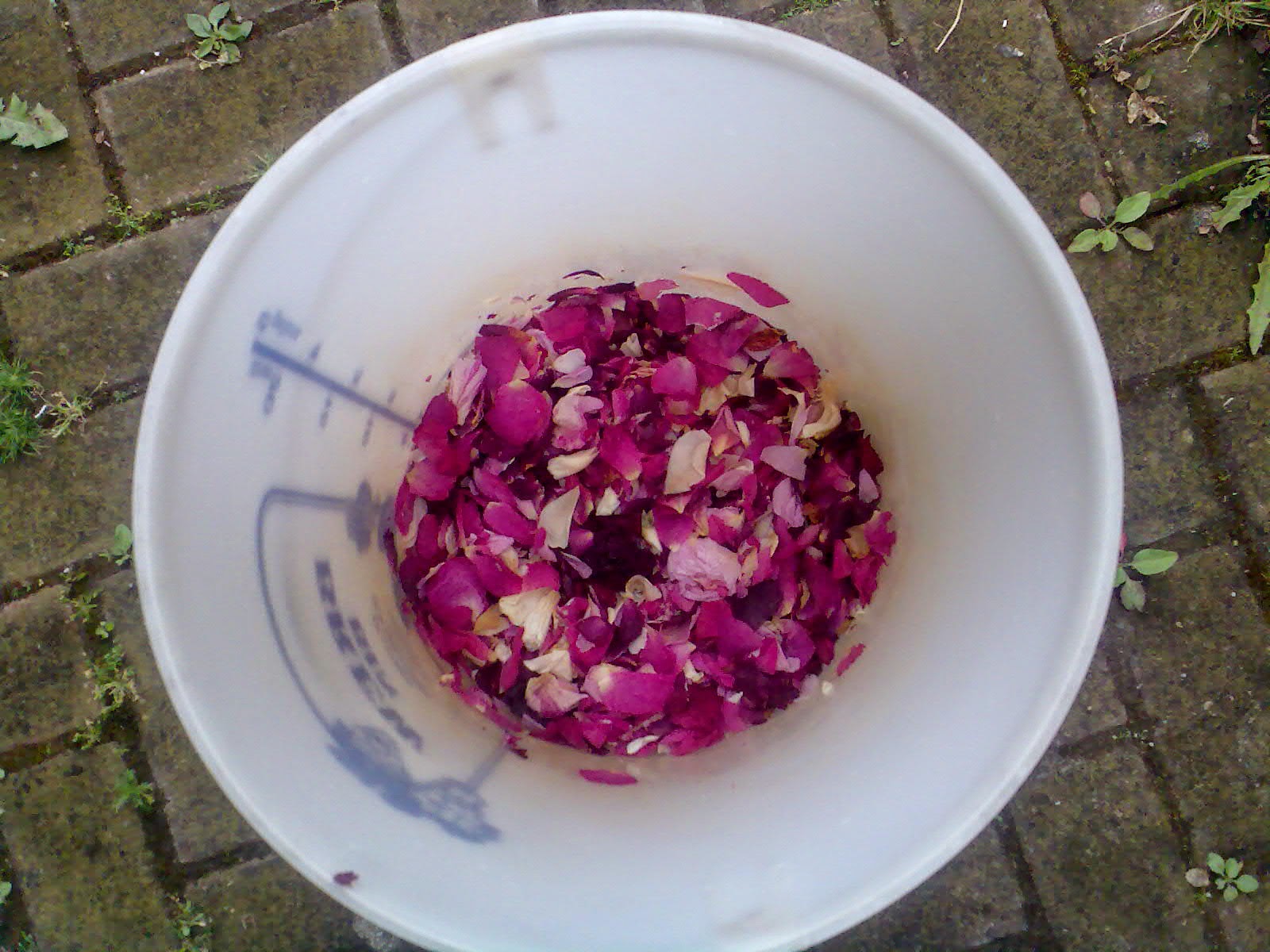 Back from an Airedale concert - Nielsen's 4th, which until the performance I found tedious - I added a sachet of yeast, two teaspoons of nutrient and a teaspoon each of pectolase and tannin.

I put this into its two demijohns on Thursday night, 3rd July, after a particularly tedious orchestra rehearsal with 'The White Rose Orchestra'. Suitably named for this flavour, but I hope the wine tastes significantly better than the orchestra sounded. I used a collander to scoop out the petals and thereafter getting the liquid into its demijohn was rapid work. Still, I did not get to bed until after eleven. 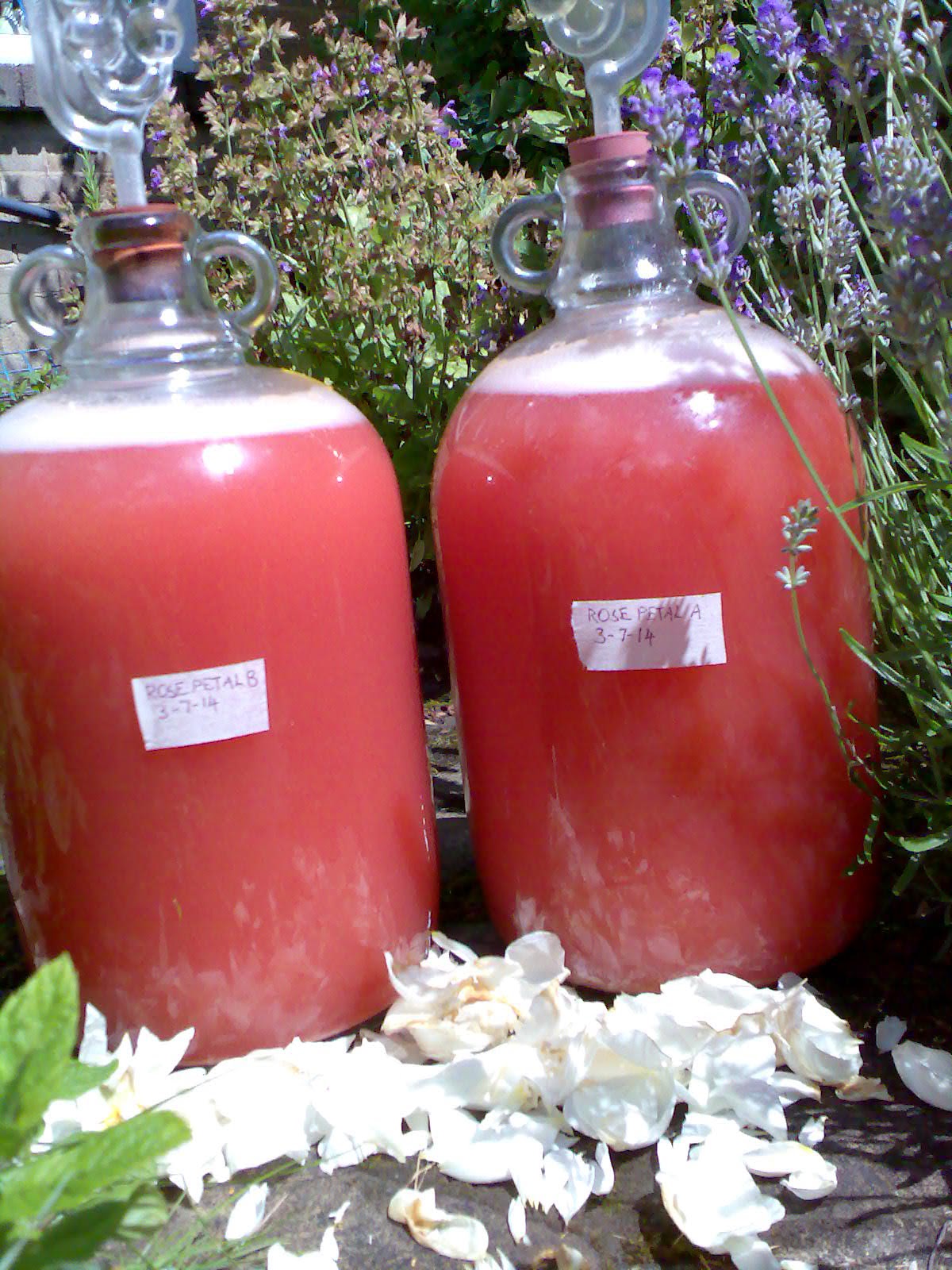 If you want to see how this flavour turned out, click here.
Posted by Ben Hardy at 13:53