This is more like it! Blackberries 2015 and 2016 were both disappointing vintages. 2017, however, is excellent. It tastes properly of blackberries, but still has depth and a roundness to it. There is a sweetness but not one that is cloying. At its best, blackberry wine is one of my favourites of all that I make and this is close to being at its best.

Otherwise, I had a quiet Friday and an unremarkable Friday evening (though there is nothing wrong with that!). Much of it was spent curled up on the sofa watching the final episode of Lewis - which is a terribly middle-aged and middle-class thing to do. I do not pretend to be other.


If you want to see how I made this wine (and I recommend that you do), click here.
Posted by Ben Hardy at 20:01 No comments:

Claire says that she likes my rose petal wine better in theory than in practice. I'm the opposite way round: Turkish Delight is nasty and that tastes of roses.

As ever, Claire is working too hard - hence opening a bottle of wine on a Tuesday evening. Currently, I'm not working hard enough. This is mostly because it is August and things slow down when the country is on holiday, but I hate not having enough to do. The days pass slowly and I have a low boredom threshold.

With only a 'Bread Sauce Master Class' from Claire to help me, I did a whole roast dinner yesterday: chicken, roast spuds, onion gravy, bread sauce and strangely shaped cauliflower. The unexpected thing was actually how easy it all was (if time consuming). Keith, Jaki and Ellis turned up during the beginning stages of the onion gravy - they were passing and dropped by. It was lovely to see them. Oh - the wine. It was elderberry and good. (Sufficient description?)

So, most of Saturday was spent getting to grips with my new phone. I have managed to install a Tuner and Metronome App, and I have been listening to classical music on Spotify. It is like having a Sony Walkman all over again. Claire thinks I'm already obsessed. I managed, though, to eat an entire meal without looking at my phone once. We had smoked mackerel, for which a sharp white wine was required. Crab Apple fit the bill nicely. We are nearing the end of this batch and it will be at least another couple of years before our new tree produces sufficient quantities. I will savour this flavour whilst it lasts.

Something has happened to this wine. It has become delicious. Before, Blackcurrant & Gooseberry was fine, but this bottle was excellent. Far smoother than before, which meant it slipped down rather too quickly. I was disappointed to discover at eight o'clock that there was only one glass each left.

The main news of the day is that my Smart Phone has arrived, and I find it entirely baffling. I can see that one day I won't, but for the moment I don't know how to do anything on it, or once I have turned something on how to turn it off again. The weekend will be one of screaming frustration.

Xmas Tutti Fruti does a decent job at being a midweek bottle: perfectly pleasant, nothing to write home about. I asked Claire to save me a glass on Thursday for my return from trios at Ann & Alan's. This was a wise precaution. Alan is insistent that we prepare a set for Music Club but we are no longer good enough. Despite having to stop twice in every movement to regroup, Alan thinks we are near performance ready. By the time I got home I needed a large glass of wine.

I think this must qualify as the laziest Sunday ever. I did not set foot outdoors. Mostly I lay on the chaise-longue reading Miss Marjoribanks by Mrs Oliphant - a mid-nineteenth century comedy of manners. I cannot decide whether I find the book charming or massively irritating. Certainly the main character deserves a good slapping. It is not clear whether the author thinks so too. I only chose the book because I enjoyed the entirely unrelated Eleanor Oliphant is Completely Fine so much.

After such an exhausting day I opened this bottle to drink with the baked hake. It came as a relief to have a chance to rest my weary body whilst drinking rhubarb wine. 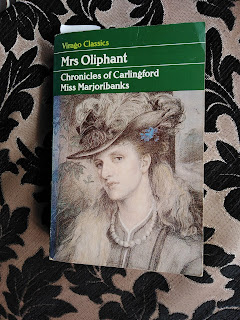 A meal of Lebanese food require a bottle of fig wine. There is something about fig that suggests the Middle East - in look, in colour, in taste. Despite its colour, this is not a red wine: fig does not have the depth for that, but this is not a criticism.

I spent some of the bottle listening to the Proms performance of West Side Story on Radio 3. This is such a good piece of music - I first encountered it in Miss Chancellor's music lessons in 1982 and I still know most the words. I think it is up there with Rite of Spring and Rock Around the Clock as the most important music of the twentieth century. (Discuss.)

This bottle had all the appearances of one about to explode. Its cork was protruding from the neck and I thought it wise to remove this under controlled conditions. In fact, the wine was flat with no danger of firing its contents out. But drinking a bottle of orange wine is no sacrifice. Claire and I are both working hard and a couple of glasses of Orange on Wednesday night were most welcome. Neither of us had the energy to cook so we took full advantage of the take-out pizza place round the corner. Our lentil moussaka was saved, instead, for tonight and it was fabulous. A red wine would have gone better but the orange was fine.

How irritating! Cath Wadsworth's damson wine was delicious on first taste and rather better than most the wine I make. It was rounded and fruity, clear and attractive in colour. I have been given the recipe - 3 lbs damsons and 3 lbs sugar for a single batch. Once our damson tree produces enough fruit for both jam and wine (so far we haven't had a single damson, but it is only two years old) I will give this flavour a go. I'll cut down on the sugar, though. This wine fell very much into the dessert-wine category, and so a bottle between two would be a bit much. Emma (the wine-maker's daughter) has now earned her spot as "Best Colleague Ever" and can secure this place by bringing me more of her mother's wine.

From my previous experiences of Peach, I had expected Nectarine wine to be average at best and disgusting at worst. This bottle exceeded my expectations, and in a good way. There is a taste of nectarine, certainly, but it is subtle. It hangs there from the first sip, but the overall taste is a medium-dry white wine. In years when nectarines are plentiful and I have not already made too much wine, it is worth repeating this one.

We drank the bottle on the Sunday after Rydal, which is always a little melancholy - with a heavenly week having just gone and the expectation of work to come.

If you want to see how I made this wine click here.
Posted by Ben Hardy at 20:27 No comments:

Two Fridays ago I had just started a week's holiday and opened a bottle of Apple & Strawberry wine to celebrate. It was a delicate, fragrant wine but two glasses in Becky shouted over the garden fence inviting us to come look at her new kitchen. It was certainly impressive and one new feature appeared to be the 'Never Ending Glass of Wine'. Whenever I looked down, there it was - full again. Consequently I woke the next morning feeling rather more (less?) than fragile and there was still half a bottle of Apple & Strawberry. I stoppered it and left it in the fridge whilst we were at Rydal having a marvellous (if wet) time. On our return the wine was still drinkable, so we polished it off, despite not planning to drink that Saturday. 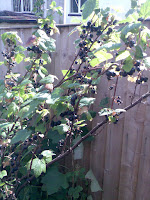 Blackcurrants seem to enjoy this long, hot, dry summer that we are having. Our bushes are laden with plump, ripe fruit and I will struggle to pick half of it. Despite having several blackcurrant bushes in our garden, I sent a Facebook message to Lindsay in early July asking how hers were getting on. An invitation to come over and pick fruit came back immediately. Lindsay says we are doing her a service, and she gets a bottle of wine out of it, so everyone's a winner. 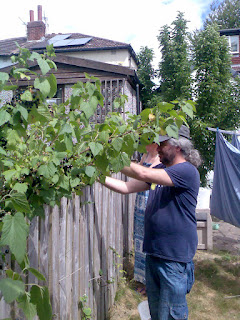 Claire and I went over on 8th July, were joined by Lindsay and Anthony and we picked blackcurrants in the sunshine for less than an hour. Over the course of the next fortnight I selected the ripest fruit from our bushes (which are later than Lindsay's to ripen), freezing them as I went. By Thursday 19th July there was virtually no room left in our freezer and Something Had To Be Done. I removed the blackcurrants and measured out 6 lbs for a double batch, allowing them to defrost overnight. On Friday night I put these in the bucket and gave them a good mashing. This involved more effort than I had anticipated and the result was a sludge rather than lots of liquid. 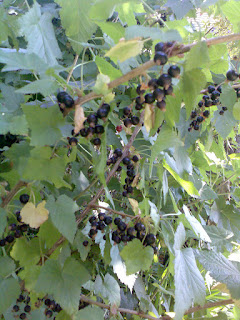 I boiled 5½ lbs of sugar in 12 pints of water - and it turns out that an extra half pint of water would have been useful. Once this was boiling I poured it over the blackcurrants and left it all overnight to cool down. I put in a teaspoon each of yeast, pectolase and nutrient on Saturday morning - I have bought a tub of yeast rather than using individual sachets on the basis that this is far cheaper and I suspect the yeast variety makes little difference to the end result. 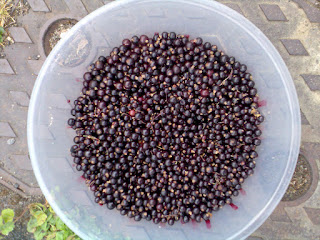 I left the wine until Tuesday evening, 24th July, stirring at least once a day, and then put it into my demijohns. There proved to be not quite enough water, but not by a huge margin. The wine is now bubbling away noisily and looks entirely happy. 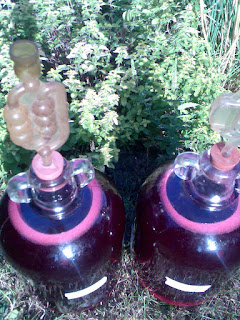 If you want to see how this wine came out, click here.
Posted by Ben Hardy at 17:06 No comments: