This is my November wine. Yes, I know that technically it is still October (the 19th to be precise) but Crab Apple & Strawberry is now my regular November brew. The apples, though, are starting to go over and leaving it another fortnight might be too late. So I spent some of yesterday afternoon standing on a garden chair picking apples for both this wine and Claire's crab apple & chilli jelly. She has already made crab apple and roast garlic jelly (click here for the recipe - it is in the comments section) - which is either genius or insane. We try it tonight.* 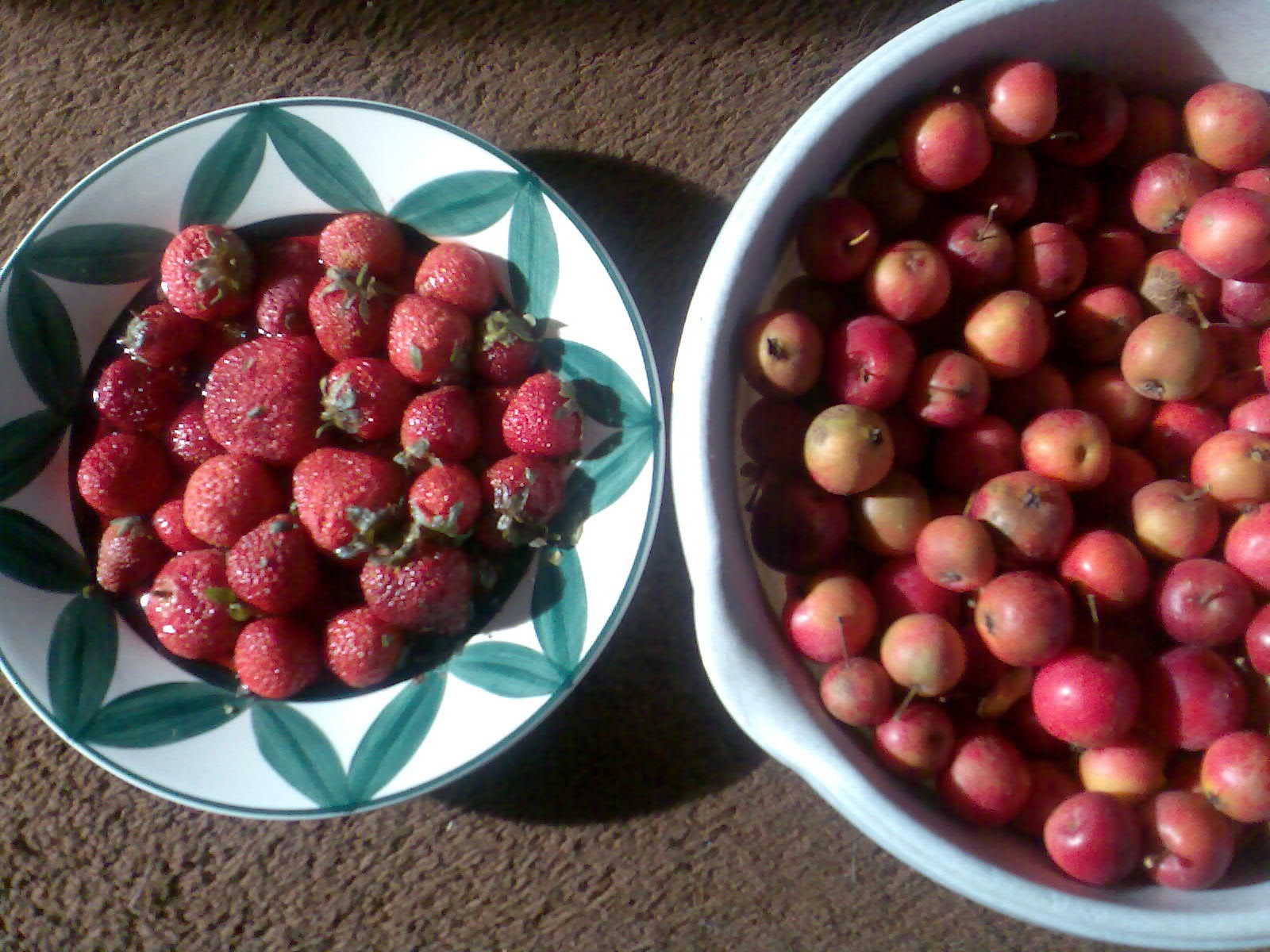 When I got up this morning I took the strawberries out of the freezer, and by the early afternoon they had all defrosted. My time in between was partially spent making a lemon drizzle cake for tonight's meal with Richard and Linda. It is a total disaster. The middle has sunk and if I had set out to create a brick in cake form I could not have done any better. I am really quite upset about it and I have to present it tonight as pudding.

Anyway, I mashed the pound of strawberries in the bucket and then washed and sliced the 4 lbs crab apples and put them in too. This was covered in 3 lbs sugar and 6½ pints of boiling water. I then made a fish pie and needed both chocolate and gin to restore any sort of good mood I might have had before.

Next morning I added the yeast and a teaspoon each of pectolase and nutrient, and then left the wine until Friday 24th October. On getting home from work I transferred the liquid into its demijohn. As with crab apple proper, I fished out as many of the sliced crab apples as I could with a collander and then used the 'measuring jug, sieve and funnel' technique.

I thought that after having left the liquid for five days the yeast activity would have died down a little and so filled the demijohn to its top. It became apparent as I was racking my blackberry wine that my assumption was wrong. There was a whole load of froth trying to escape through the air trap. One emergency job with a sterilised teaspoon and turkey baster later I managed to control the situation, and the wine is looking splendid. 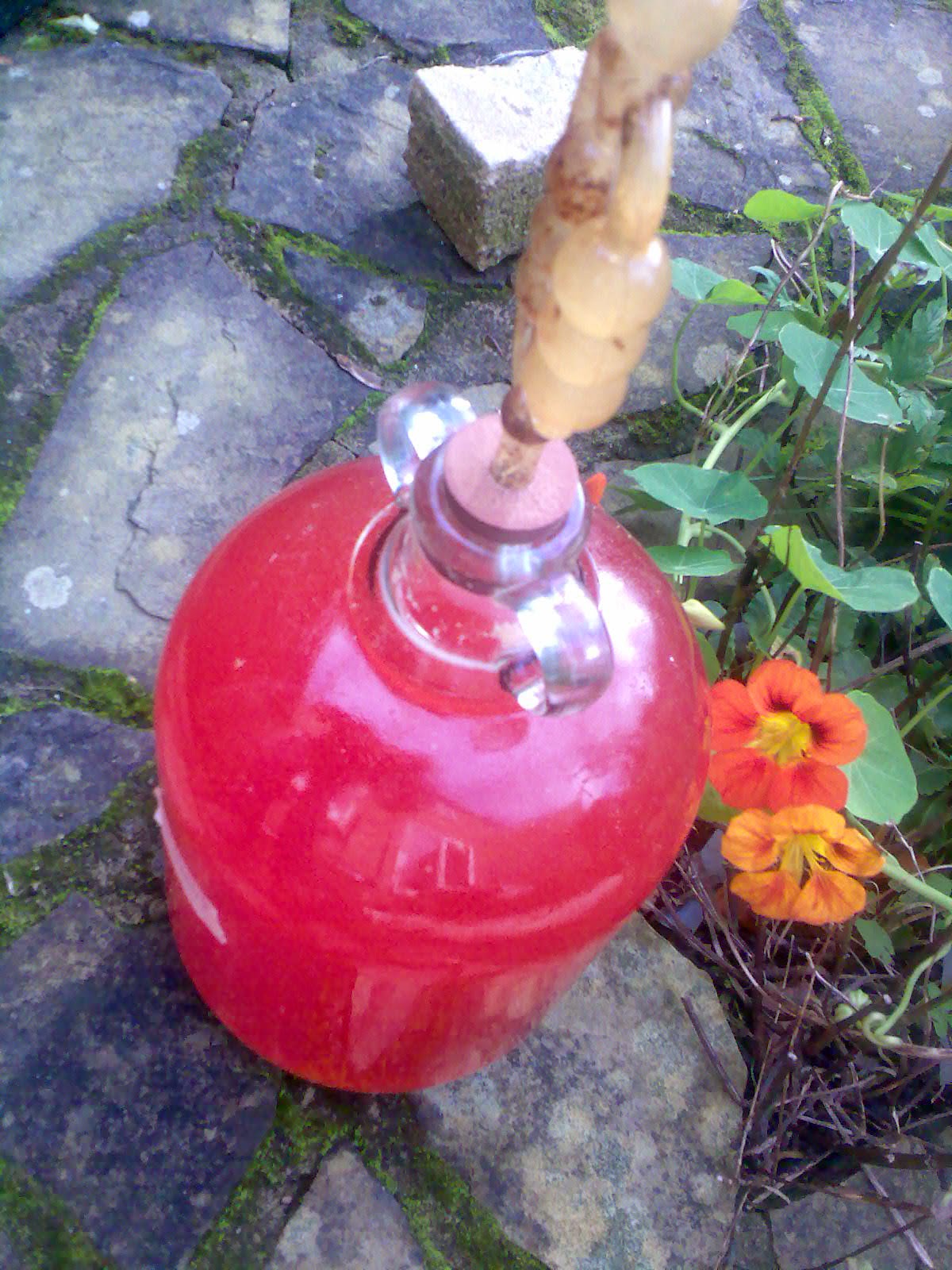 *After having tried it, I can assert it is both genius and insane.

If you want to see how this wine turned out, click here
Posted by Ben Hardy at 20:17