Until now, Rhubarb has always been my May wine. The winter this year, though, was incredibly mild. We had no snow and only a couple of frosts. Therefore everything is early and I find myself making Rhubarb Wine in April. Late April, admittedly, but April nevertheless. 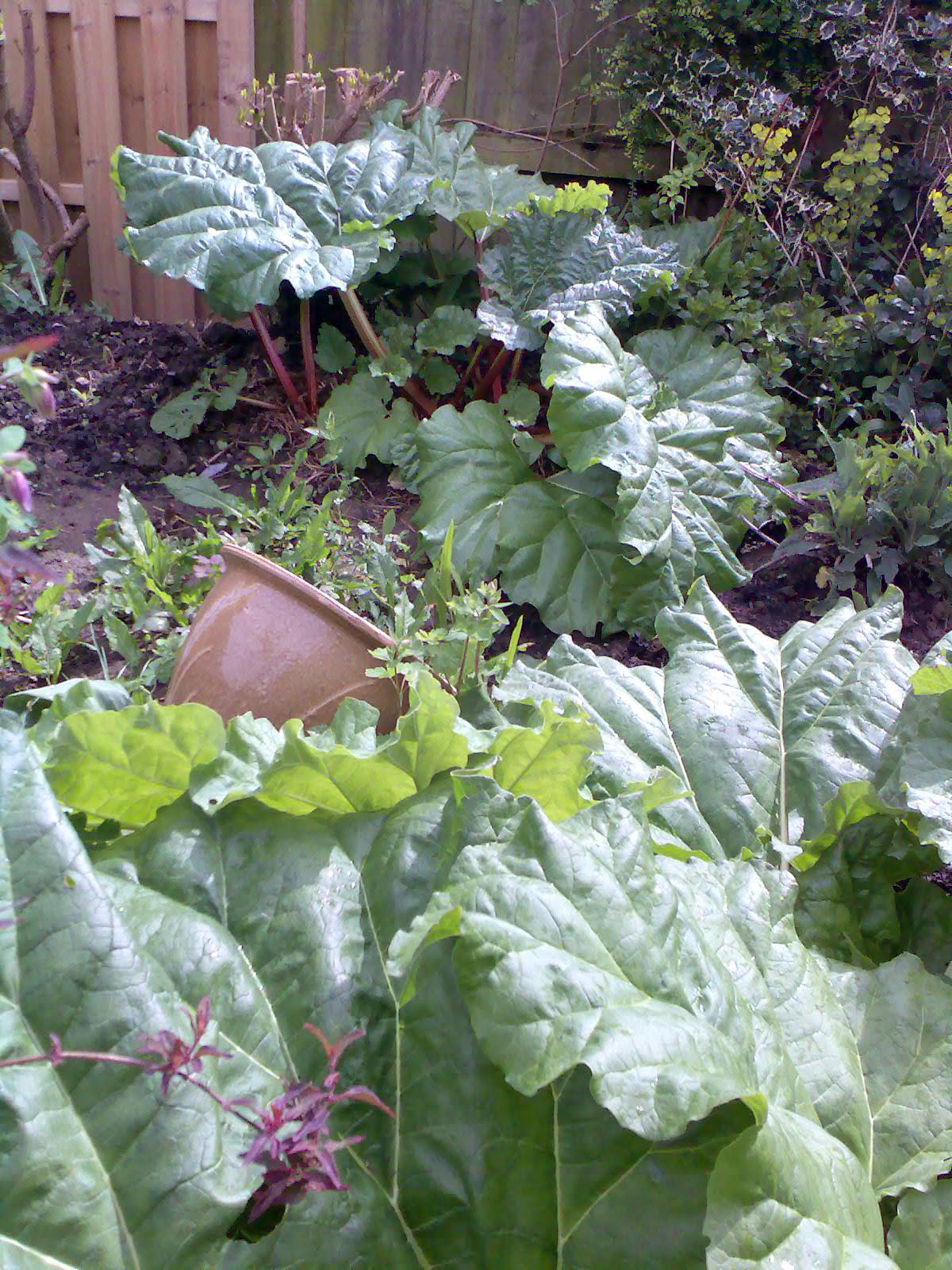 On Saturday, 26th April, Claire and I visited Julia's allotment to pick parsley, dig up parsnips, plant garlic and collect rhubarb. This was all on instruction from Julia, who is finding it frustrating in the extreme that she is too ill to do any of this herself. She hopes that the current invalidity is temporary, and we must hope along with her.

I plucked rhubarb while Claire planted garlic, and got a couple of butch green stalks before changing tactics and going for the pinker stuff. At home I weighed what I had collected - four and a half pounds - and got the remaining pound-and-a-half from our garden. Our rhubarb is doing remarkably well. It must be all the horse poo that Claire put on it in March. 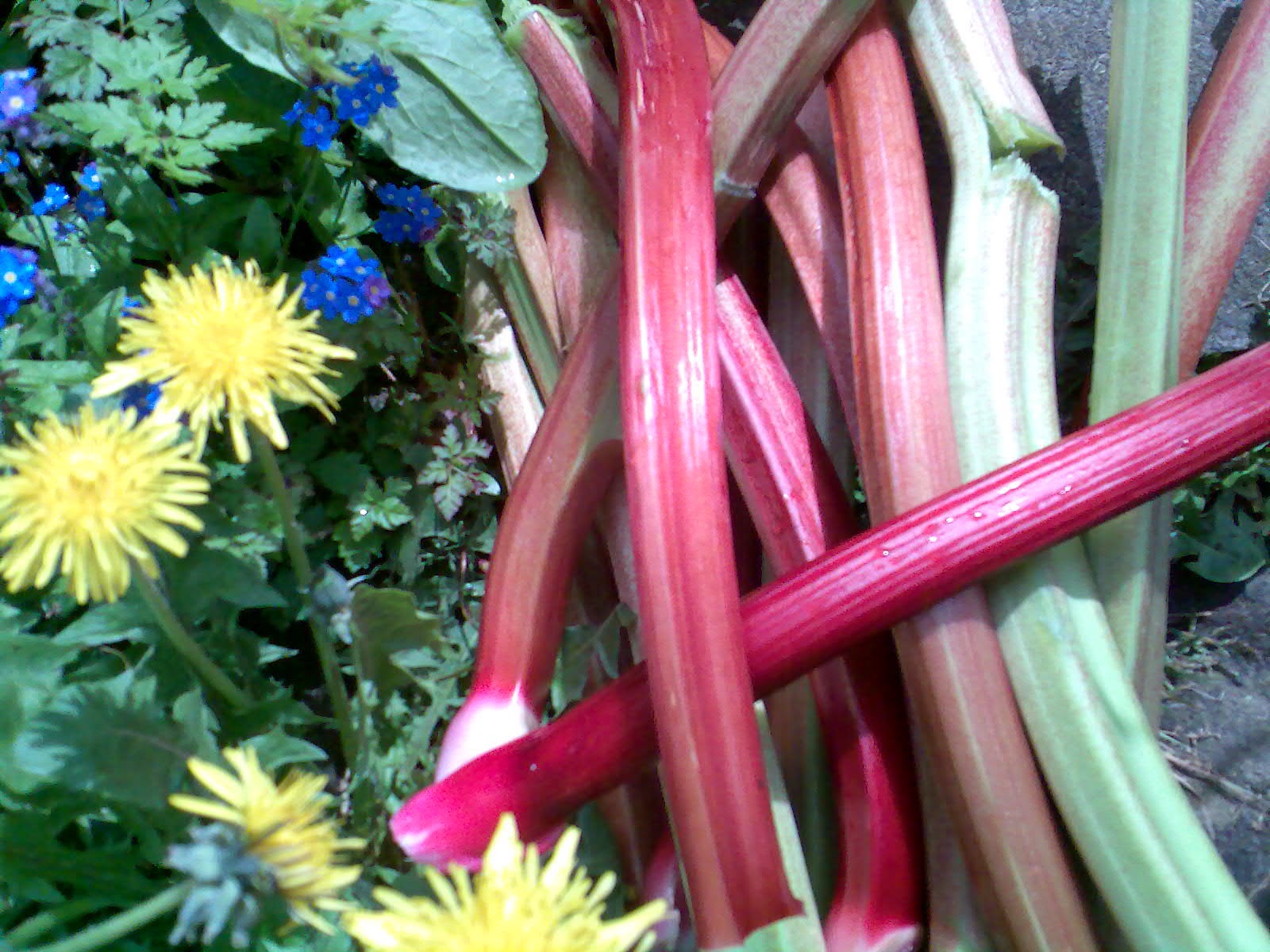 I chopped the rhubarb into small pieces and put it in the bucket. In a change to previous years (only because I did not read the instructions carefully) I added 6 lbs sugar immediately - rather than 24 hours later - and covered it with fourteen and a half pints of boiling water. I can't imagine the early addition of sugar will make any difference. The yeast and teaspoon-and-a-half of nutrient went in on Sunday morning. 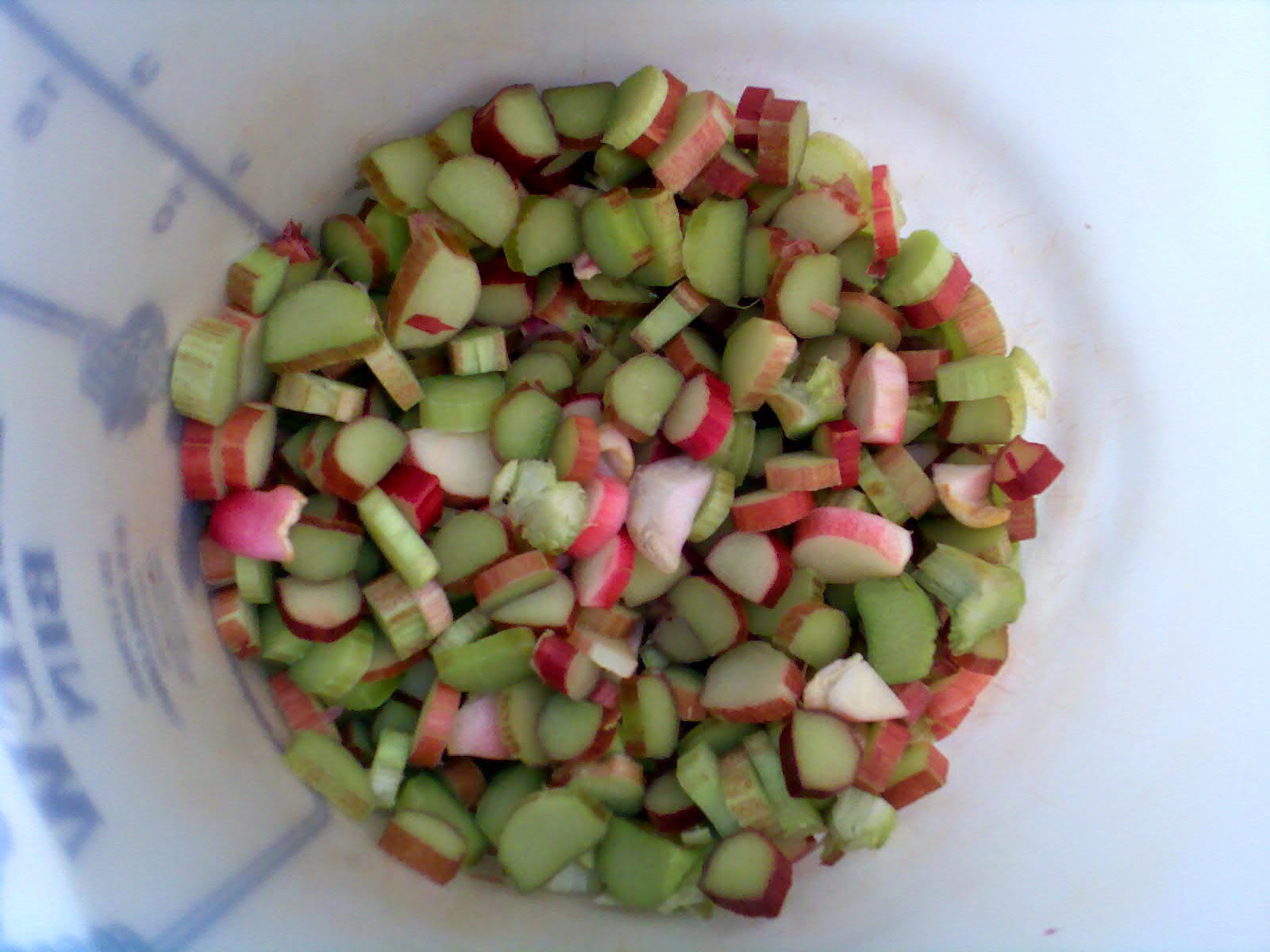 On Thursday 1st May (a day on which I moved offices from central Leeds to Horsforth, thus cutting my commuting time from 52 minutes walking to 15 minutes driving) I put all the liquid into its two demijohns, sieving out and discarding the rhubarb. This took me less time than I had feared - about 30 minutes. As usual, the colour is a pleasing pastel pink. 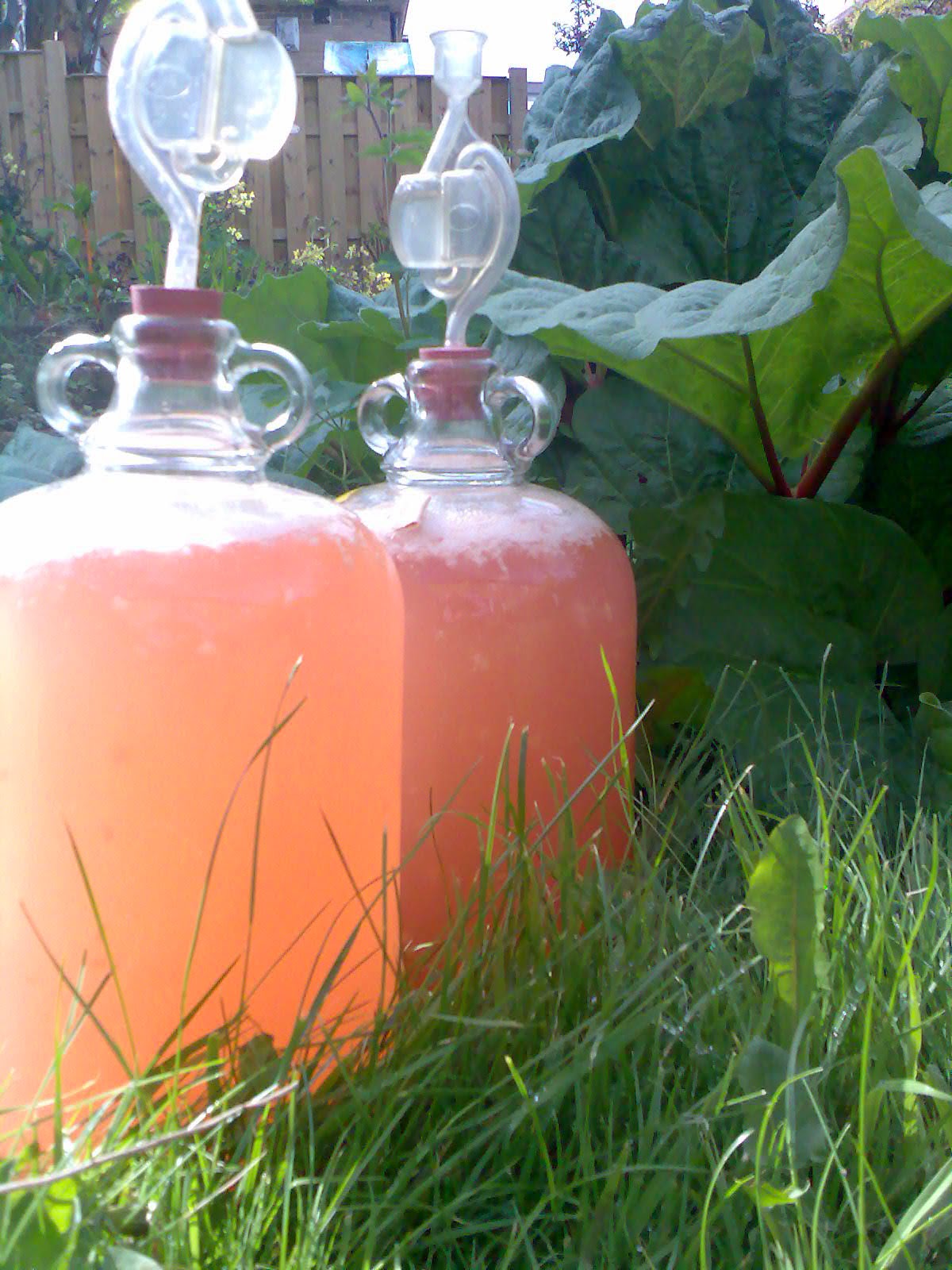 If you want to see how this wine turned out, click here.
Posted by Ben Hardy at 22:15