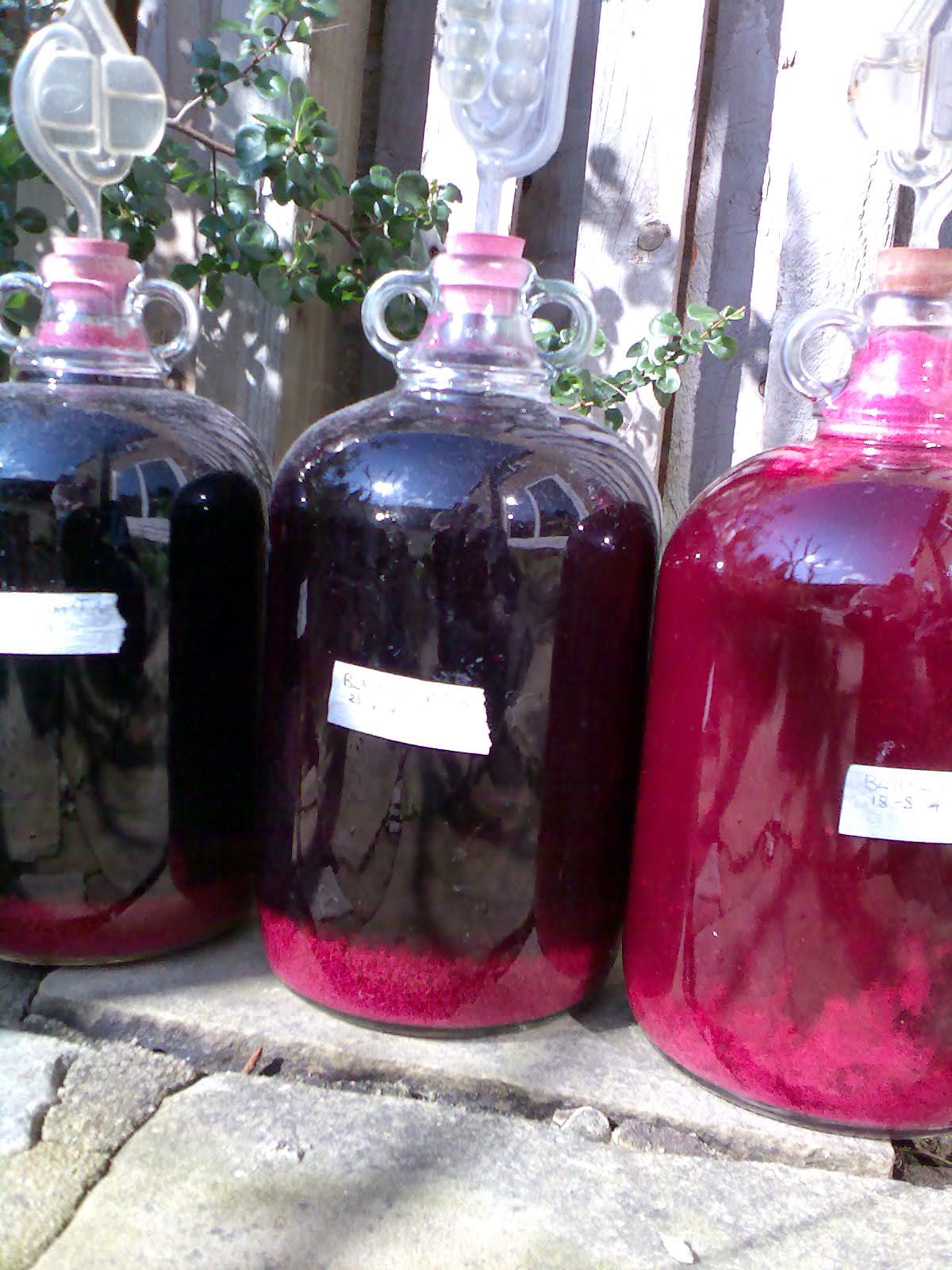 I have had an experiment forced upon me, all to do with yeast. My last remaining yeast was 'champagne' variety, which is a white wine yeast. On making blackcurrant wine, I had no choice to put that in. However, I have long wondered just how much difference the yeast actually makes. This 'running out of yeast' has coincided with picking 5 lbs 3 oz of blackcurrants in Lindsay's back garden on Sunday, 6 July, which is not quite enough for a double batch of wine. So I have used 3 lbs and put the remainder in the freezer, waiting for our currants to ripen. I will then make another single batch of wine with the same method, but using a red wine yeast. 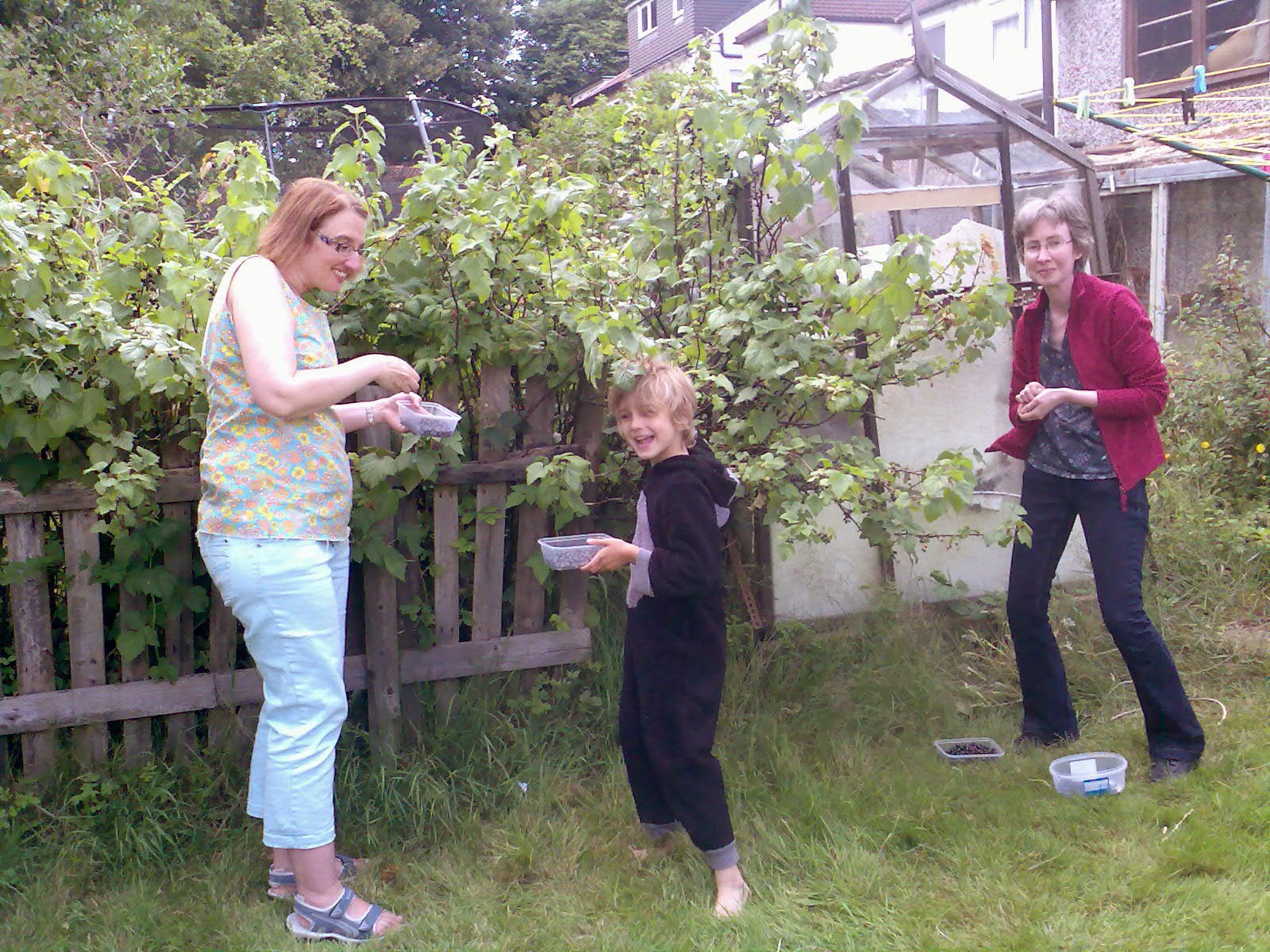 Picking the fruit was lovely - Dylan (Lindsay's 7 year old) helped enthusiastically and James (her 10 year old) mostly watched. The bushes were at arm height, the sun was shining and we drank blackcurrant & red gooseberry wine to help matters along. 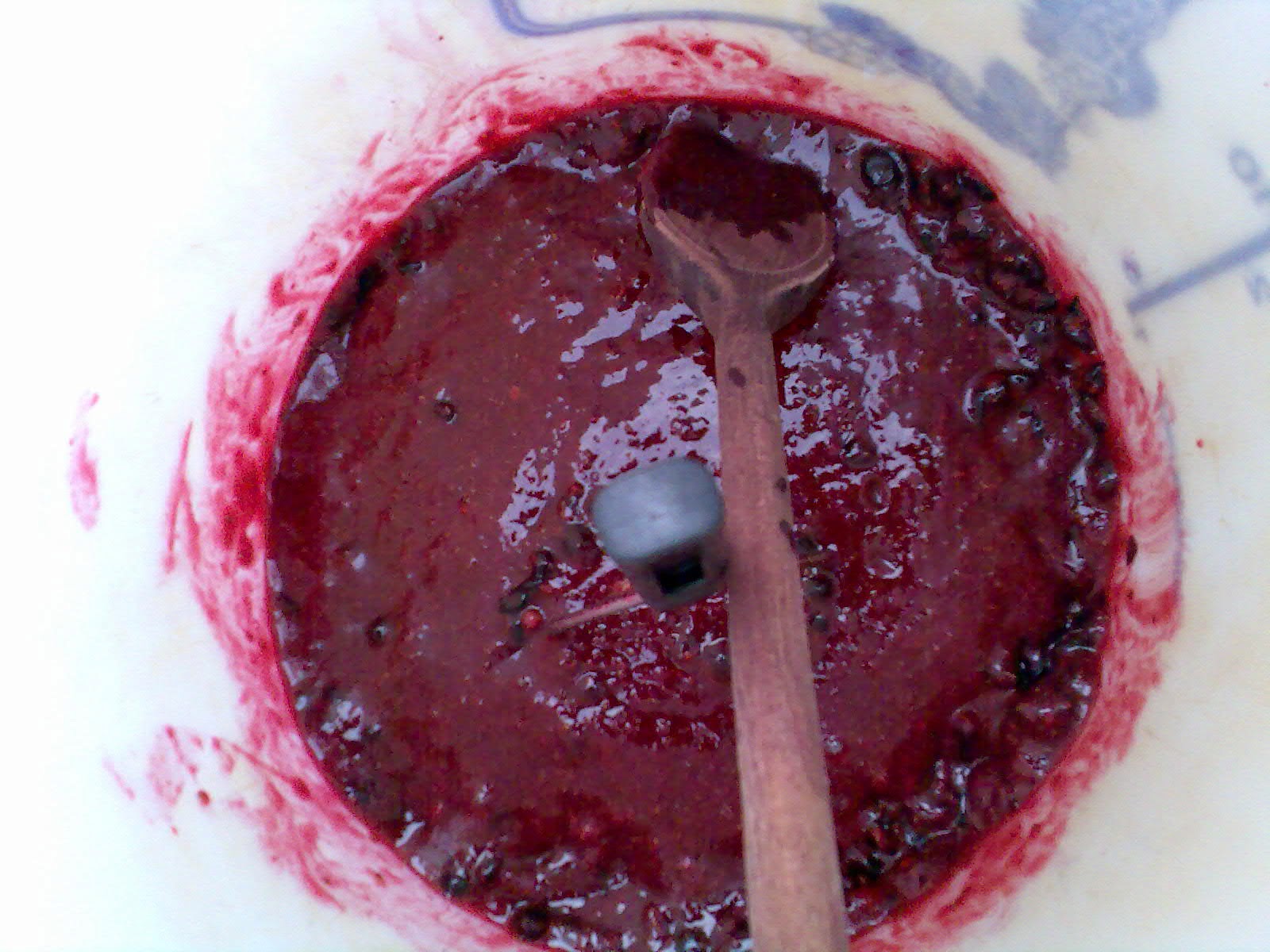 I crushed 3 lbs blackcurrants on Monday evening, 7 July. I boiled 3 lbs sugar dissolved in 6 pints of water, but did this in two lots as my largest pan had strawberries in it at the time, and poured this over the fruit. The yeast and a teaspoon each of nutrient and pectolase were added on Tuesday morning, 8th July. I put it into its demijohn on 12th July. 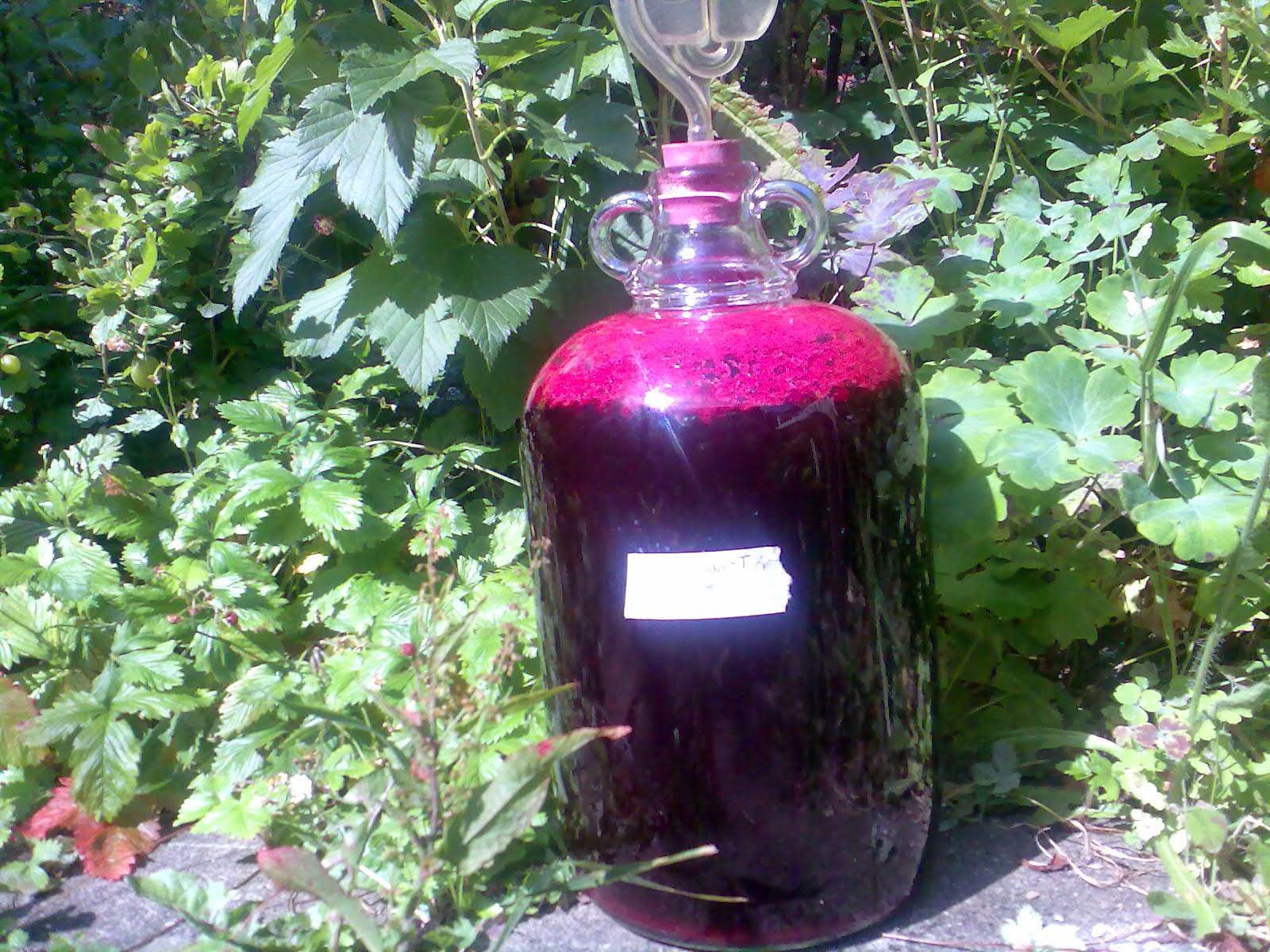 My plans changed a little at the WYSO concert in Pontefract when Katie told me her mother had many, many blackcurrants going spare and would I like some to make wine? The thoughts of a two batch experiment rapidly turned into a three batch experiment. I collected 3 lbs of fruit from Kaite and started the second batch on Sunday 20th July. The only variation, other than using a Bordeaux yeast, was that I boiled the 3lbs of sugar in 6 pints of water in one go, and I used a different bucket. I added the yeast and chemicals on Monday 21 July in the morning before work and it went into its demijohn on Friday evening, 25th July, before we disappeared for a week to Rydal.

My third batch was started on Wednesday, 13th August. This time the blackcurrants are two-thirds from Lindsay's garden and one-third from ours, and I am using the same quantities of everything as before. The yeast is a Burgundy variety. I put the yeast, nutrient and pectolase in on Thursday morning and transferred the liquid into its demijohn four days later - Monday 18th August.

The differences on bottling were subtle and I conclude that yeast only has a slight effect. However, the Burgundy demijohn was the roundest and best. The Champagne was the thinnest, but all were good.

If you want to see how the Bordeaux turned out, click here
Posted by Ben Hardy at 11:06