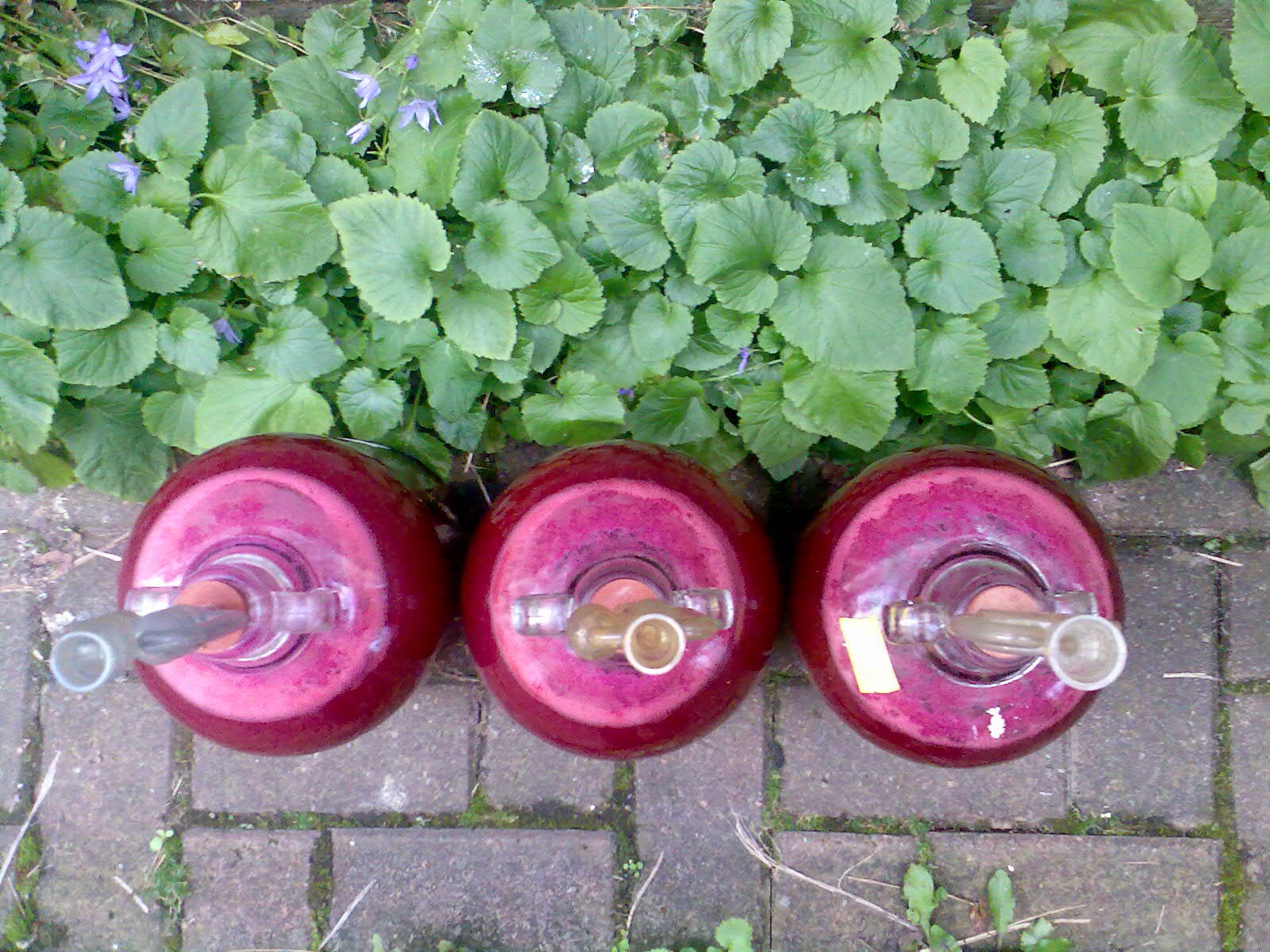 In the dying days of August summer has returned. Much of the month has been cool and damp, and the central heating has been on more than once. However, this weekend has seen bright, hot sunshine and skies of a late-summer blue. This made picking blackberries a delight. As ever for blackberry wine, Claire and I are in York and we ventured into the Victorian Cemetery on Sunday morning, 31st August, armed with baskets and bags. We set our watches at 11 and arranged to meet back at the car at quarter past noon. 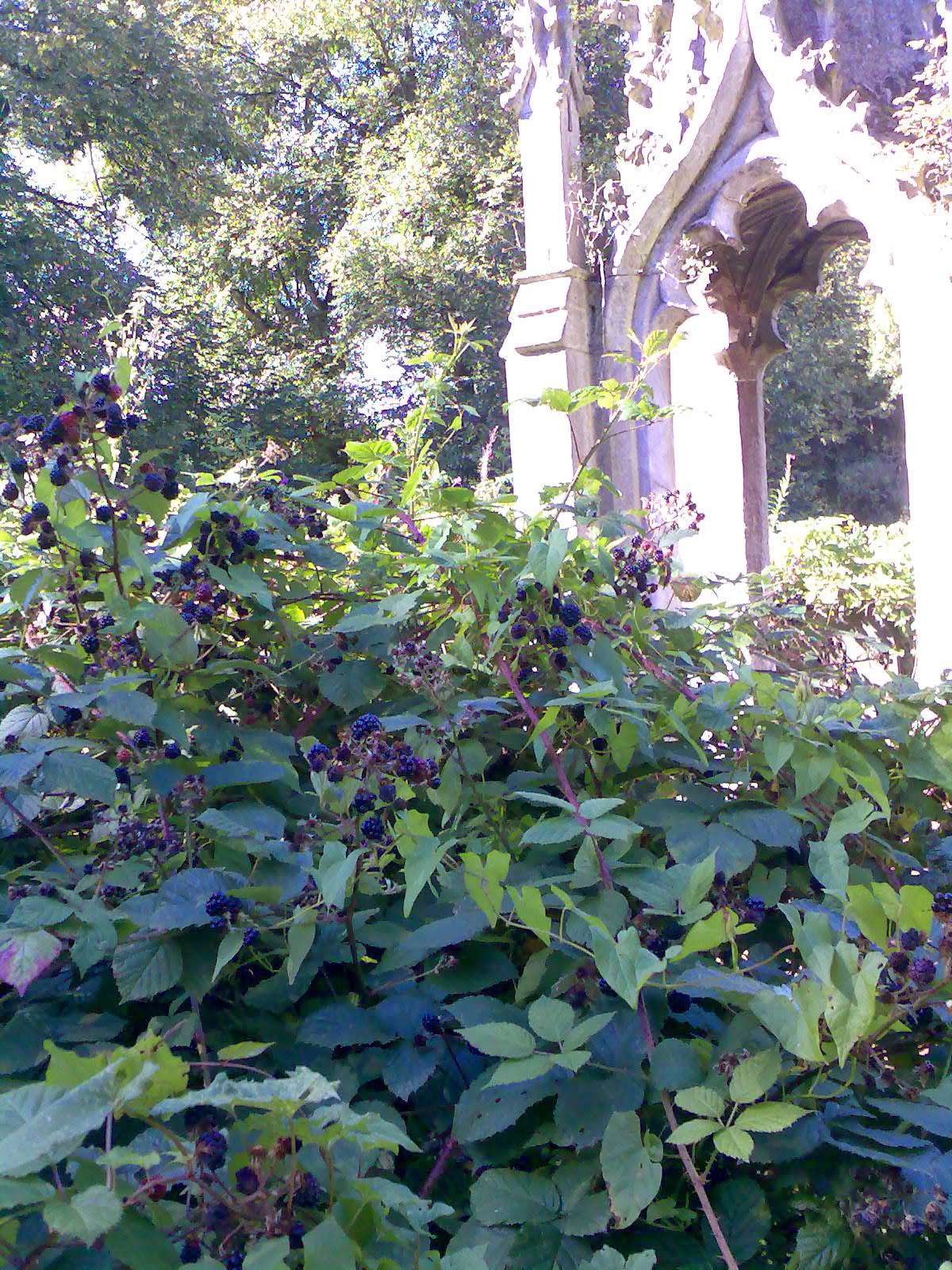 Initially picking was slow; the blackberries were small and we were obviously not the first to gather fruit. Once I left the main paths, however, and started climbing into bramble patches and balancing on grave stones, collecting berries became faster and more satisfying. At 12:15 Claire and I met, compared our spoils and departed for another half hour's foraging. In the end I came away with 7 lbs exactly and Claire picked nearly six. 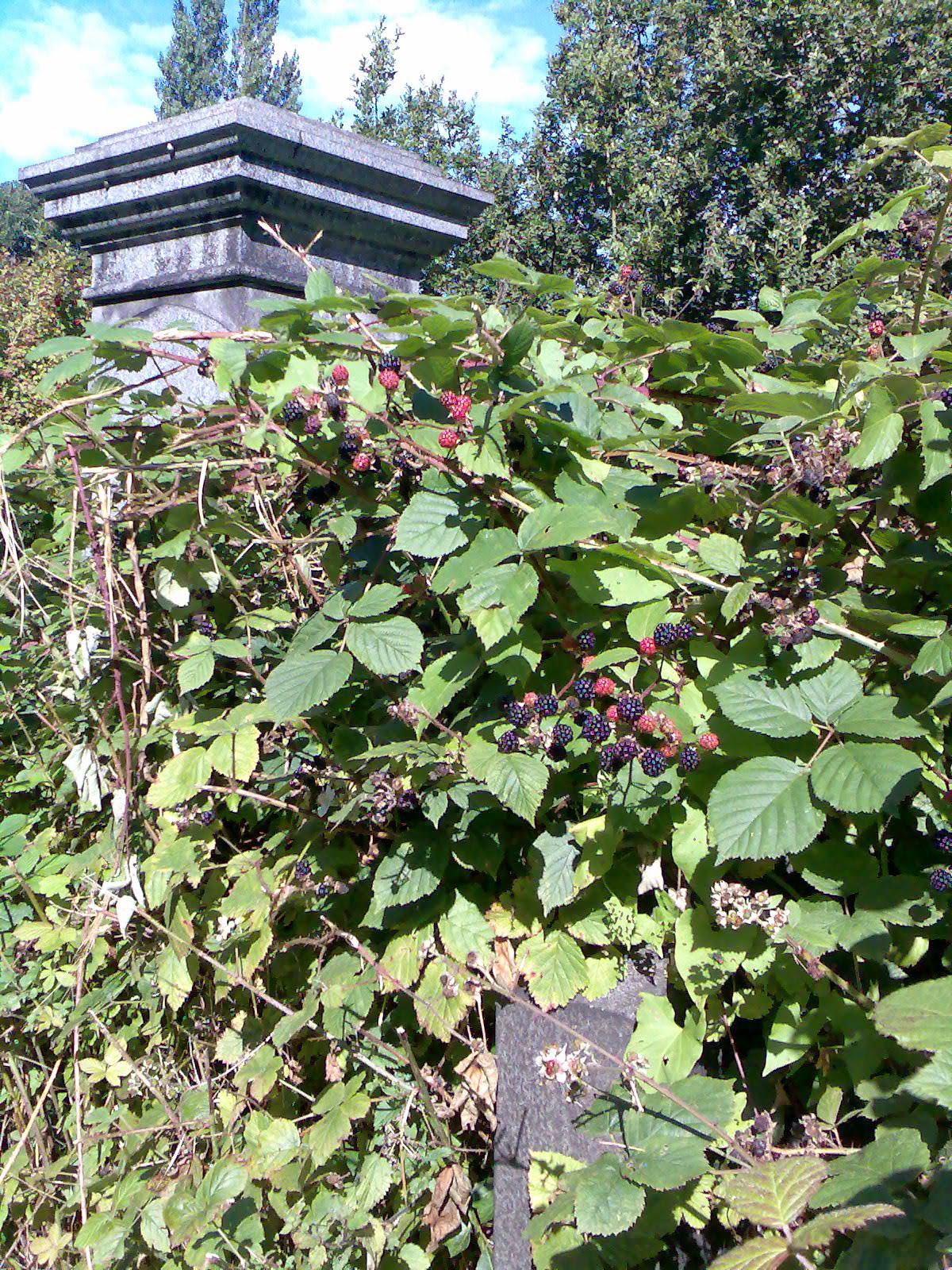 Back in Leeds, I measured 12 lbs of blackberries (having finally worked out that I can weigh fruit in larger containers than the scale pan, making this a quicker, less sticky process) crushed these in my bucket, threw in 7½ lbs of sugar and poured over 15½ pints of boiling water. On Monday morning I added the yeast (a red wine yeast) and 2 teaspoons each of pectolase and nutrient.

I left this in its bucket until Saturday, 6th September, stirring occasionally. Then on Saturday, which has been a quiet day in which I finished an excellent book about conscientious objectors in the First World War (We Will Not Fight by Will Ellsworth-Jones) and watched the drizzle from indoors, I put the wine into its three demijohns. As with Fig Wine, I began by dredging the fruit with a collander and then switched to the 'sieve over a funnel' technique. There was some spillage and I could have added another half pint of water at the beginning. But it is now fermenting away in its demijohns and is its usual attractive dark red colour.

If you want to see how this wine turned out, click here